As we turn the corner to enter customs I am not sure what to expect. We are greeted by 500 people chaotically shuffling to get through. Awesome. We have an hour until our bus is supposed to leave for our first kayaking trip. Time to join the shuffle. An hour later we squeeze out and rush to the sunshine. Sweating in our jackets, pants and boots we frantically search for the bus with no luck. After we get some help we figure out how to call and we reach the driver, he’s coming back for us! We throw our luggage in the amazingly air conditioned bus and we are off! The first excursion is with John Gray’s Seacanoe. With transportation included we did not have to worry about getting there. Once we arrived we stripped into our bathing suites and I paid 80 baht for two beers. Officially on island time.

We picked the Hong by Starlight tour which is one of the only tours that does an evening tour opposed to early morning tours. We board the boat and race off to the mountains filled with trees in the distance. Lunch is served to us and I sink into perfect happiness. After about an hour we reach the first mountain, we enter a cave called Bat Cave, and yes the entire cave ceiling is covered with sleeping bats. “Close your mouths so you don’t get a souvenir” my lips are sealed. As we approach the back of the cave we see a small opening, Charlie our guide says lay down so we can fit.

When we sit back up we are inside a lagoon. 1,500 feet in the air the mountains surround us with trees peaking out fighting for sunlight. It is completely quiet except for the sound of paddles. Mangrove trees are in the shallow part of the lagoons. They only release their seeds during low tide so they will float to another part of the lagoon or outside.  Otherwise they would take root by the tree and be competition for sunlight. Yeah trees are smart in Thailand.

We head back to the boat and speed of to two other lagoons. It is so beautiful I cannot even explain it but I’ll try. The water is fairly shallow as its a bay. The water stays blue green all around the bay and is so completely warm. After we explore Hong Island we have some time to swim. I am overwhelmed by the beauty of the mountains around me. 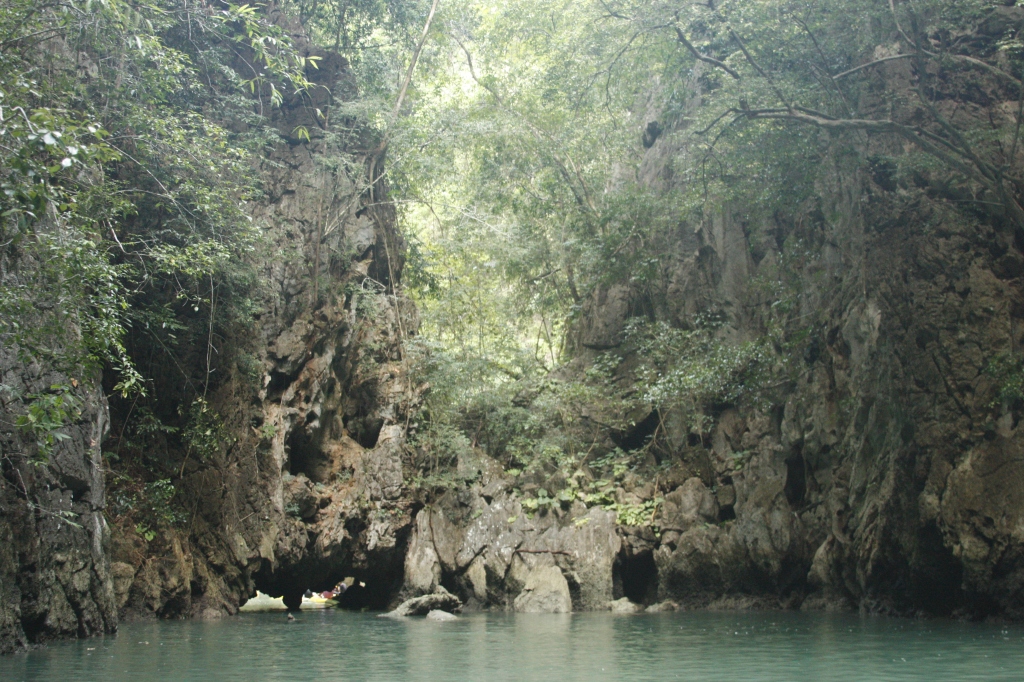 Our last activity is creating a Loi Kratong. Every November Thai people create these to honor the end of the season and place them lit in the river. Charlie, who is clearly the boat favorite as most of the other guides keep joking with him and calling him Emily, shows us how it is done. We head into the Bat Cave again to light them and have one more surprise. You know that scene in Life of Pi when he sees all the fish illuminated under him? Minus the massive whale this is what we found in the back of the dark cave. It is the most incredible thing, we were splashing everywhere making the fish light up. As we board the boat to head back we lay of the front of the boat watching the stars. Exhausted by the insane day we head back to the Amari Hotel for the night our home for the next 4 days. I think I am going to like Phuket. 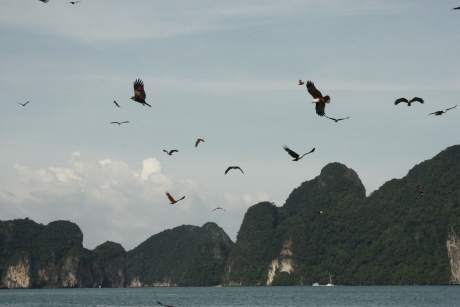 on the way to the islands 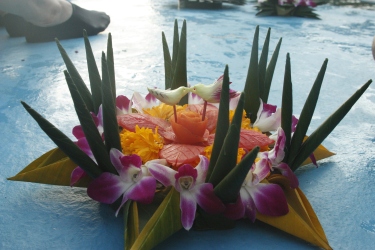 Mexico, te extraño
Channeling queen b in a Chilean desert #sanpedrodeatacama #laguna #Escondida #Baltinache
Same lake different days - it’s called the 7 colored lake for a reason. We swam, kayaked, and boated through Bacalar last year and saw every variety of blue. Link in bio for the crazy journey from Tulum to this little town. #mexico #bacalar #lagunadebacalar
More money in the bank account & more stamps on the passport | thanks for the blessings 2022 #mexico #germany #chile #brazil #theworld
12 months ago I made a deal with myself to be outside of America for at least half of the year. 45 flights & 15 countries later im proud to say I did it! It is scary, exhausting, and at times I think why am I crashing around this world. I am forever thankful to my friends who shared this beautiful world with me and my team at work for dealing with my sometimes bad wifi connections. Cheers 2022!
I went to Denver in September because I like my mountains green not white. Highlights include 2 epic hikes, 2 days of altitude migraines, 2 shows at red rocks, and 2 homemade pizza dinners. #carlcontent
Loading Comments...
%d bloggers like this: