Waking up officially on Netherlands time, we grab some free breakfast and head into the city for some museum tours and the Heineken experience.

First stop is the Ann Frank House. I cannot explain how much of a mental, physical and emotional impact standing in that attic had. The fact that they spent 2 years hiding in 5 rooms because persecution was allowed to reign can be felt with every step you take. I learned one of her favorite quotes was “I begin again”. It really resonated with me. Walking back into the sunlight, a luxury that the Franks and many families did not have for years filled me with hope that we can never allow people to be marginalized and executed for their beliefs again.

We toke up in Vondelpark as we watch families playing and people enjoying the sun on this cold day and toke everything in that we learned that morning. Onward to the Van Gogh museum which costs 9 euro to enter, not bad for an entire museum. We tour around learning about this man’s incredible paintings and his dissent into madness.

Now on to the Heineken experience. We bought the package which includes entry to the experience, 2 beers, a canal tour to A’dam Tower and then a ride on Europe’s highest swing all for 30 euro.

On the tour you can “bottle yourself”. You step inside this theatre and stand on in of the stadium rows. The lights go out and you learn that you are going to follow the process of how a beer is brewed. Each time you were put through another step you felt it “honey I shrunk the kids” style in Disney. You were thrown into the vats, heated, spun around, bottled and shipped out. When the beer was heated, heat lamps shown down, when you were on the belt, the stadium popped up and down. Definitely unique.

We exit and head to the tasting room for our beers. American pop music is playing; we sing along to Mountain Mama and enjoy our beers. We ended up getting 2 free beers from the bartenders for singing along to Grease (thanks John Travolta) and from people not cashing in their tokens.

On to the canal ride! Or so we thought. Apparently they are more timely than we expect because by 629pm our 630pm boat ride had already left. They kindly changed it to tomorrow and we decided to ride our buzz with drinks at Da Carrousel and The Waterhole for some live music. While listening to a Dutch rock band sing in English we met a crew of lads from Australia and South Africa.

Eventually the conversation turned to our new orange president and how he won. It is not recommended to try and explain the electoral college after a couple beers and whiskey sodas. They stared at me with complete confusion. I chalked it up to the fact that even if I wasn’t drinking they wouldn’t get it. The subject was changed and someone challenged us to see how long our drinks could be balanced on our heads… I won.

Before we knew it it was 4am and I was calling an Uber back to our hotel. For an easy 16 euros we were headed back with alarms set for tomorrow. As I look out my window I remember advice an English couple gave us the night before: “Remember to have fun and follow the lights”. 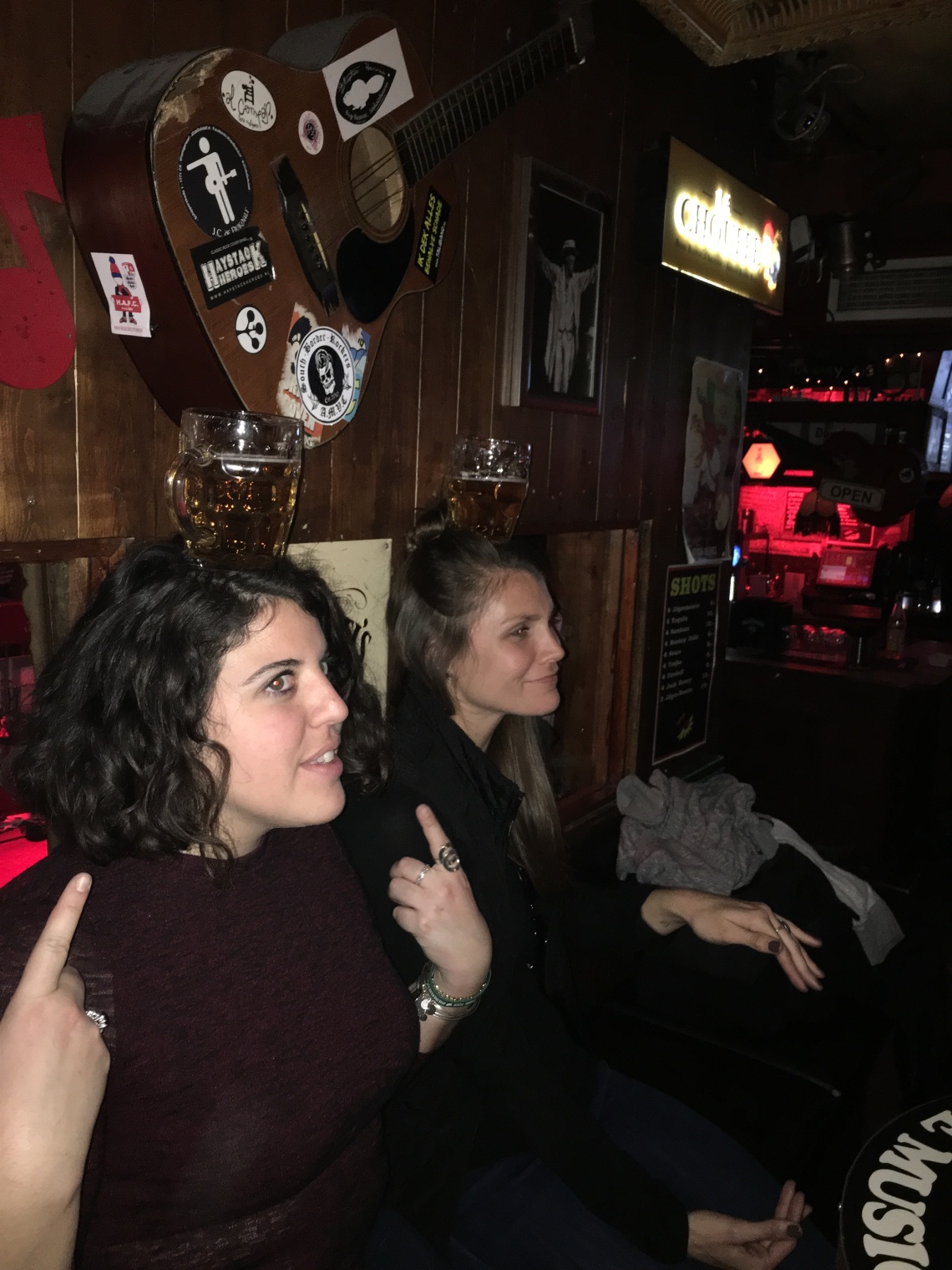