16 hours later and we made it: Melbourne, Australia. We left Friday at 7pm and arrive Sunday at 11am truly on the other side of the world.

Our first excursion in Melbourne, locally pronounced (MEL-BIN), was the Yarra Valley Brewery Tour. Monday morning we met outside and hopped in our bus for our 6 hour tour. Although that seems daunting the day went by quickly thanks to our fearless leader: Scott. The hour drive to White Rabbit Brewery flew as Scott took us through a modern history of beer and human society. His fun facts and knowledge of beer around the world were impressive as well as entertaining although slightly eyebrow raising.

We arrived at White Rabbit Brewery excited and thirsty. We were greeted with by a huge warehouse with one wall open to the warm summer air. After sampling the beers and learning all the different types of materials used (pictured above) we enjoyed a complimentary beer of our choice.

Next we went to St Ronans at Badger Creek to taste some famous Blueberry Ciders. Australia is known for the ciders because unlike in America, they are taxed at a lower rate at production level. This causes them to be promoted more to consumers. In America we view ciders as the lighter alternative to beer but in Australia it is just as frequently poured as beer. We could not help and get a glass of cider, take a load off and enjoy the mountain view.

Feeling nice and bubbly we went on to Hargreaves Hill for lunch and a tasting palate.We sat outside and munched on chips and salad while we awaited our included lunch, which was delicious.The topic of discussion was comparing American and Australian vacation times. Us Americans on the trip had to plan our trip in a 10 day time frame because we could not get more time off. Conversely, the Australians normally take a year off to travel in between high school and college.Young adults normally get a sabbatical year where they take the year off to travel. This is culturally accepted and expected- not seen as wasting time or not living up to your potential as it would be seen in America. Its time we catch up with the rest of the world America… there is alot to see out there. 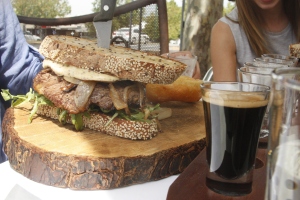 Onward to Napoleon Cider at Punt Road Wines  for more cider and relaxing outdoors. Sitting outside by the vineyards enjoying the sun helped me forget the New York blizzard I had just left. The last stop on the tour was Coldstream Brewery. This was more of a laid back pub playing 90’s classics. Sipping on a crisp pale ale was the perfect way to end the day.

All and all spending a day outside of the city exploring the Yarra Valley gave us a great taste of what outside of the city had to offer. Not only did we get to experience the city’s bars and restaurants but we got to see the surrounding area. I 100% recommend the trip if you are in town! Especially if Scott is your tour guide- hands down one of the most well traveled and cultured people I  have ever met. 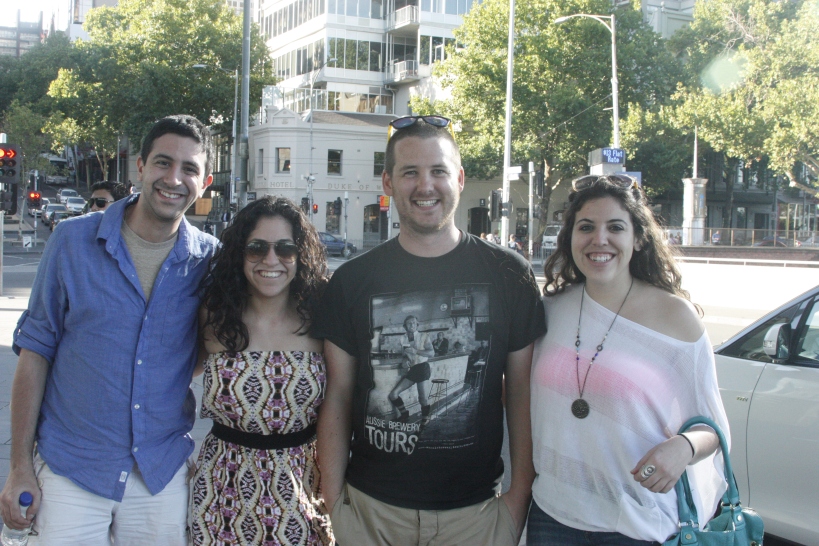